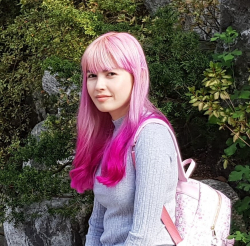 Charissa Fuentes
Charissa is a self-proclaimed crazy cat lady and otaku who usually fills her days with
anime, manga, movies, and JRPGs. Her passion for anime began in childhood as she
grew up watching B’t X, Super Boink, Saint Tail, and Sailor Moon. Some of her
favorite titles are Elfen Lied, No. 6, Kill la Kill, and Overlord. She keeps tabs on
upcoming anime figure releases when she's not watching or playing, as she’s been
an anime figure collector for 6 years.

When you’re into Jujutsu Kaisen and anime figures, you definitely need a Jujutsu Kaisen Nendoroid Guide. Cause ever since the anime took over the otaku community like wildfire, people have been rushing in to buy Jujutsu Kaisen merchandise left and right.

As someone who’s been an anime figure collector for years, I haven’t seen such high demand in a Nendoroid line since Demon Slayer and Haikyuu!! Nendoroids were released. If you don’t plan to miss out on any of the Jujutsu Sorcerers, you should keep on reading.

Let me talk about the lowdown on the characters and which ones are already available for you to take home or preorder.

I’ll be talking about all the important points about Jujutsu Kaisen Nendoroids in this guide, so you’ll know if collecting Nendoroids is for you. Cause from what I’ve experienced and seen from other collectors, two factors tend to highly affect a person’s decision about collecting.

First is the number of figures in the line people want to start. Cause many folks are like me who hesitate when too many figures are needed to complete a series. And second is the current market price of the figures, as not everyone has the cash to spend all willy-nilly.

Being informed about these details will help you decide whether you actually want to get into collecting Jujutsu Kaisen Nendoroids or are just hyped about it. Are you prepared to go down this addictive and costly path? Discover if this toy line is worth your time and effort by reading this guide. 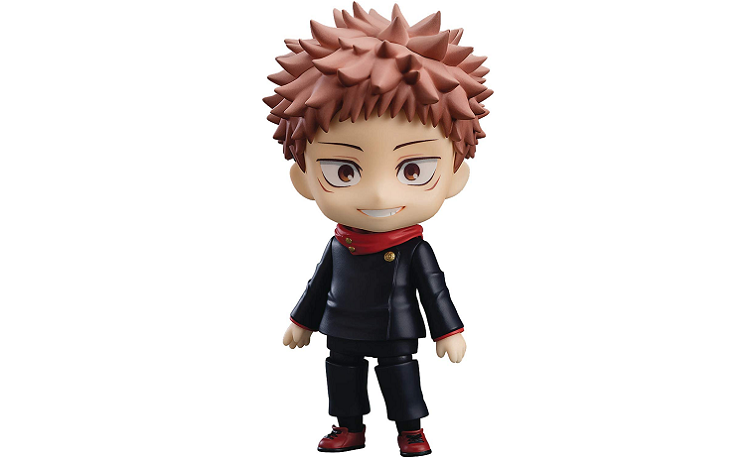 Acknowledged as the ultimate poster boy for selflessness in the anime TV series, Itadori makes his debut in Nendoroid form with this figure. Here, you have a mini clone of him wearing Tokyo Jujutsu High’s dark navy blue uniform with a red hood and sneakers.

As this version is Itadori’s everyday look for the majority of the anime’s first season, purchasing this Nendoroid for your Jujutsu Kaisen collection should be a no-brainer. 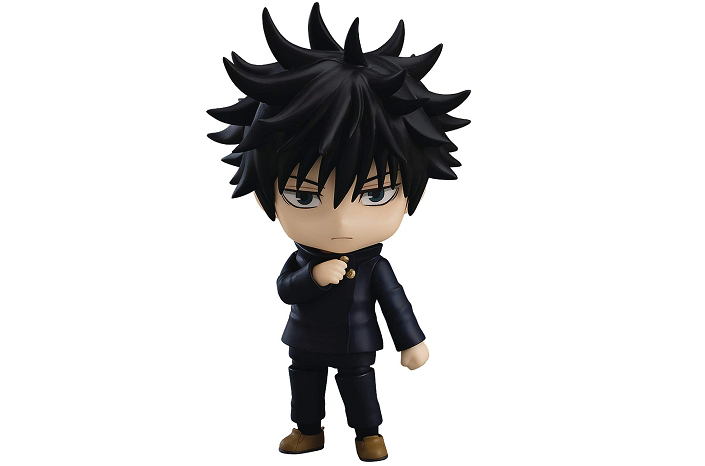 Good Smile Company flawlessly produced the ‘chibi’ figure of the quiet and tight-lipped ‘bishounen’ or ‘pretty boy’ of Jujutsu Kaisen, Megumi. Unlike Itadori, this first version of Megumi is wearing the standard uniform of Tokyo Jujutsu Kaisen High without any alternations, paired off with peanut-brown boots.

Cause he’s a part of the main crew, this Megumi Nendoroid is a crucial addition to any Jujutsu Kaisen collection. Even if you don’t plan on getting every character from the series, this is undoubtedly one you shouldn’t skip. 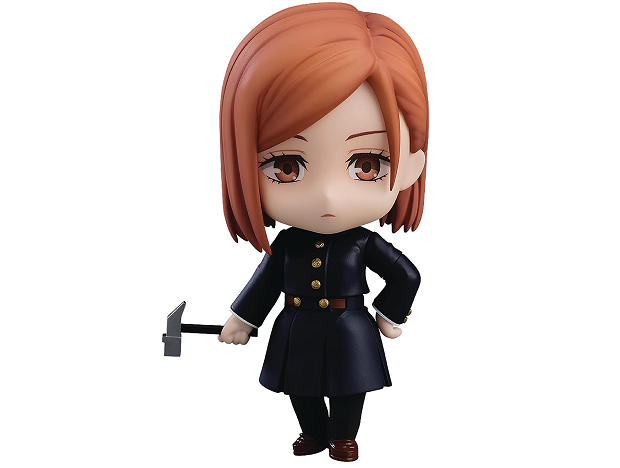 Despite being the sole female first-year student of Tokyo Jujutsu High, Nobara is a headstrong and sassy Jujutsu Sorcerer. And this spunky spirit of hers was translated quite well in this Nendoroid version. Like the Megumi and Itadori Nendoroids, this tiny figure of Nobara fits right in as it’s wearing their school uniform, which is her regular get-up in the anime TV series. 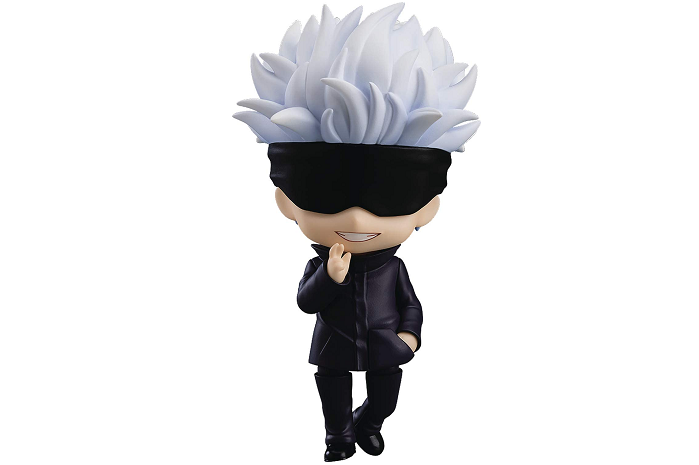 Of course, you can’t possibly exclude this Gojo Nendoroid from your cart or shopping bag. Cause apart from being every girl’s favorite ‘ikemen’ or ‘handsome man’ in Jujutsu Kaisen, he’s also one of the story’s central characters as he’s the strongest Jujutsu Sorcerer to ever exist.

This first version of Gojou, wearing his dark violet outfit and leather shoes, is how he appears in the entire first season of the anime TV series. 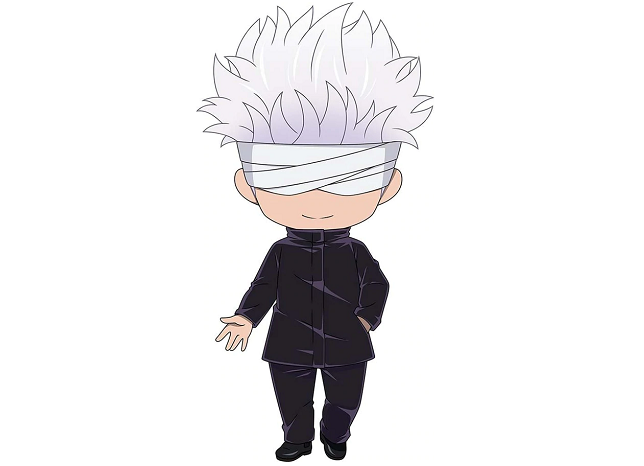 Are you just interested in the Jujutsu Kaisen anime TV series? If that’s the case, you can simply ignore this second Gojo. It’s not much different from the first one, and it’s also not how the character looks in the TV series anymore. But there’s no question that you’ll want this version of Gojo in your possession if you enjoyed Jujutsu Kaisen 0: The Movie. 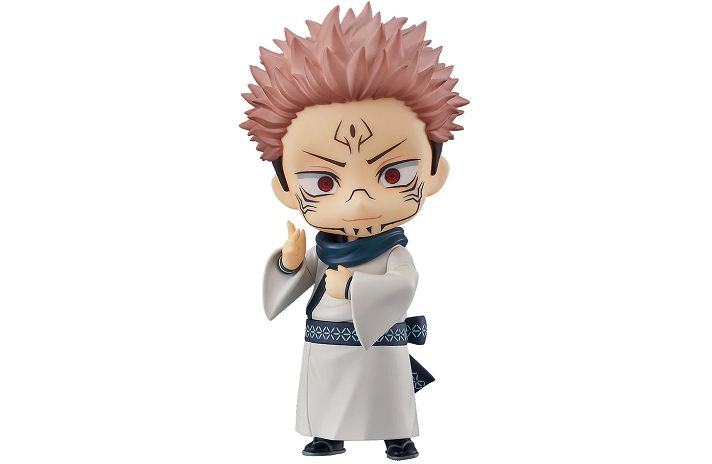 Whether you love or hate him, Ryomen Sukuna, also known as the King of Curses, is a must-have Nendoroid if you’re a fan of Jujutsu Kaisen. Moreover, in spite of this form not being his original body, this version of him in Itadori’s body is the one that fans can immediately recognize.

Besides, wouldn’t it be awesome to bring home one of the most dangerous characters from Jujutsu Kaisen? 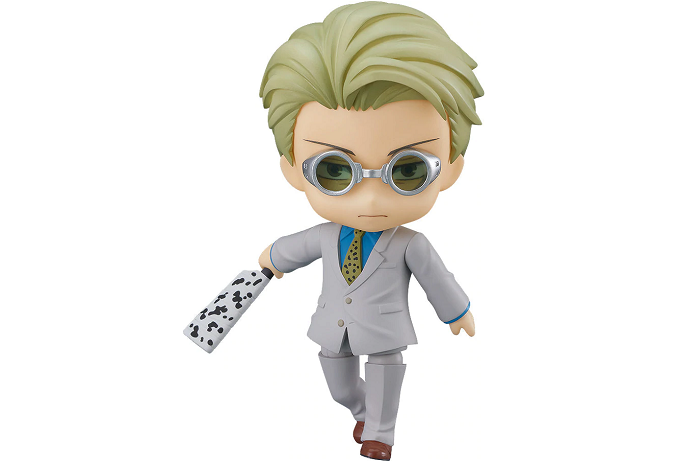 The salaryman turned Jujutsu Sorcerer, Nanami, is one of the major supporting characters in Jujutsu Kaisen. While he may not be on Gojou’s level, he’s a valuable sorcerer that strongly affects the flow of the story.

He’s also one of the vital characters in the series who guide and help Itadori develop his skills and power as a person and Jujutsu user. Based on his significance, this figure of Nanami naturally deserves to be part of any Jujutsu Kaisen Nendoroid collection you plan on creating. 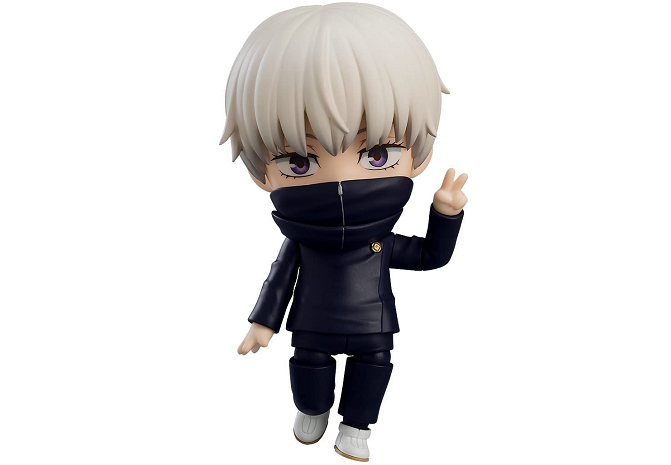 At first, it might seem that Inumaki simply fades into the background whenever he’s on-air. Yet the cursed speech user is the 6th most popular character in Jujutsu Kaisen, as revealed in Shounen Jump’s 2021 popularity poll.

I think he’s a cutie too, and if you share the same opinion as me, you shouldn’t waste any time and preorder him ASAP. 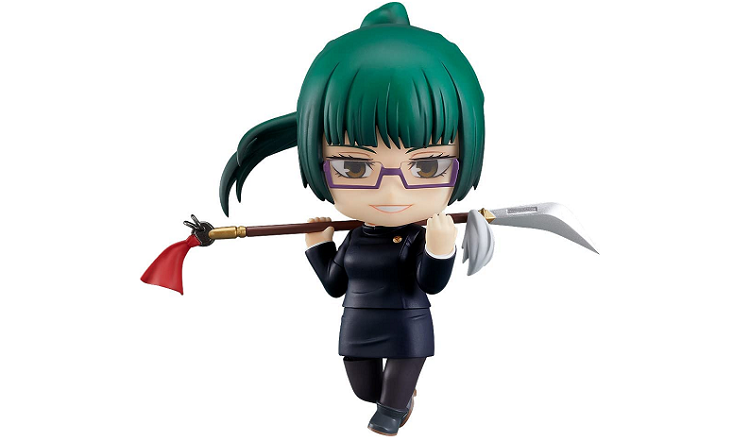 Regardless of being a non-sorcerer, Maki has skills and determination. As a result of her perseverance, she was even recommended by Mei Mei to be promoted to a Grade 1 Sorcerer at the end of Jujutsu Kaisen’s first season.

On top of that, she’s also one of the protagonists of Jujutsu Kaisen 0: The Movie. Considering all of these things, you have to admit that Maki is indispensable to the story, wouldn’t you? Therefore if you liked her in the TV series and movie, this Nendoroid of hers belongs with you.

Panda‘s a cursed corpse mutation, yet he’s just as valuable as the other students of Tokyo Jujutsu High. Not to mention, he’s got a significant role as a comic relief character and reliable senpai to the first-year students.

With this in mind, Panda’s adorable yet feisty Nendoroid version will make a wonderful addition to your collection of Jujutsu users. 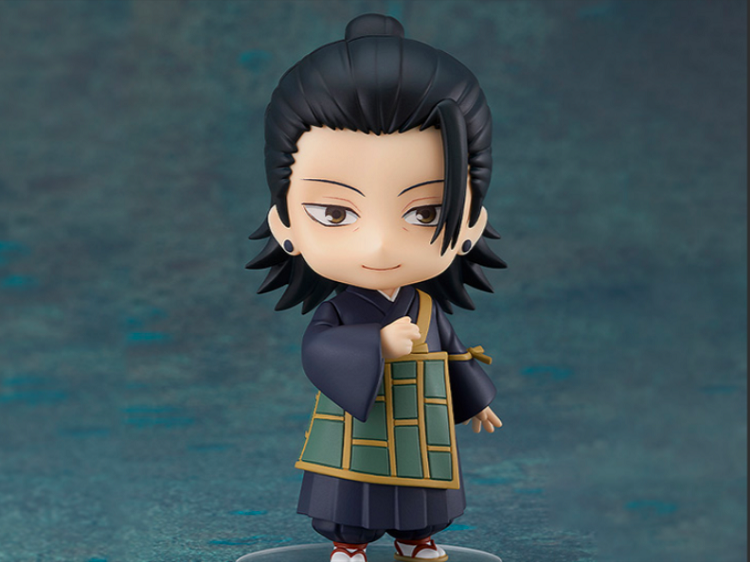 Being that Geto is the big bad of the Jujutsu Kaisen anime TV series and movie, it’s a given that you should take this Nendoroid of him with you. I’ve taken a peek at the manga, and I’m telling you, he’s an unforgettable character that will continue to stir up the series for many seasons.

In short, if you want to collect Jujutsu Kaisen Nendoroids, it’ll be lacking without Geto. Buy this Nendoroid of him now while it’s still in stock. Who knows when or if he’ll even get another release later on. 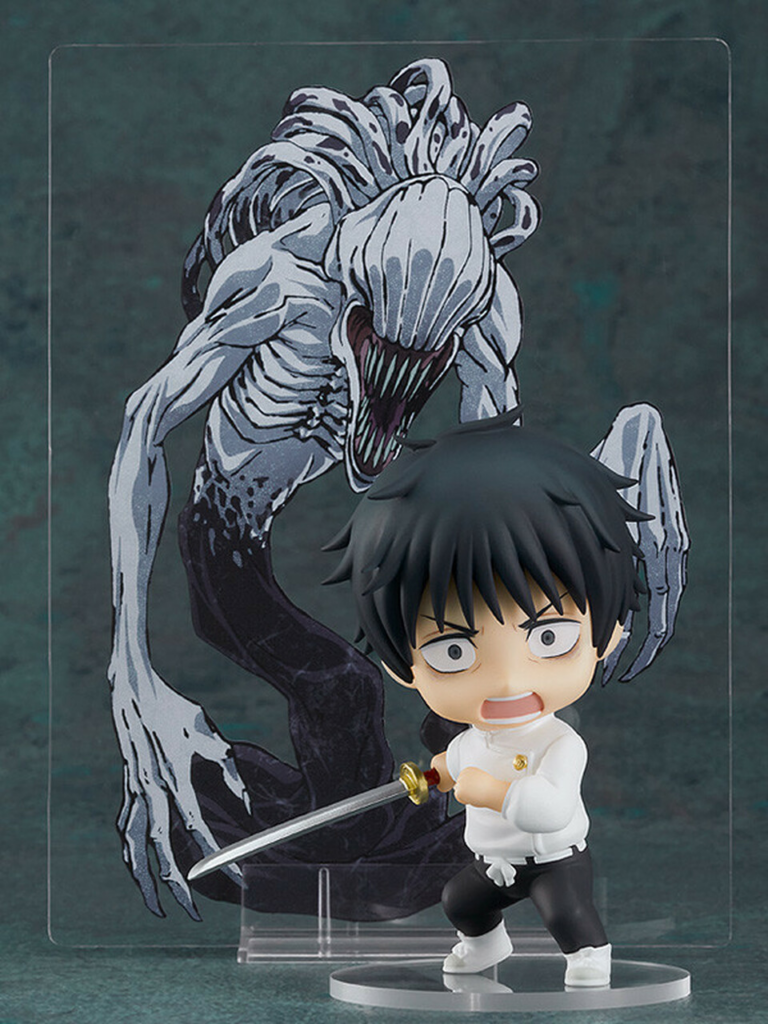 Sure, Itadori’s the protagonist of the series. But Yuta is currently the best boy of fans who’ve watched the movie. You’ve got to give him props, though. Cause not only does Yuta get his own film to establish his story, but he’s also one of the strongest Jujutsu Sorcerers in Jujutsu Kaisen.

With all that, how could you not want this badass Nendoroid of him? I know my preorder has been secured. You should get yours too.

Good Smile Company’s Nendoroid Swachchao! line is the same as their main one. The only difference is that all the characters are in seated positions. It also solidly focuses on in-demand characters, so you can expect a Swacchao! version of a popular Nendoroid to pop up sooner or later.

I wouldn’t buy one for myself since I prefer the regular line. They’re way cuter in my eyes and are much more customizable. However, I see its appeal and understand why people would buy them.

Swacchao! might be the right fit for you when you’re more interested in the core characters and have no plans to display them in various poses and are going for a specific look.

Here are the characters from Jujutsu Kaisen with Swacchao! versions: 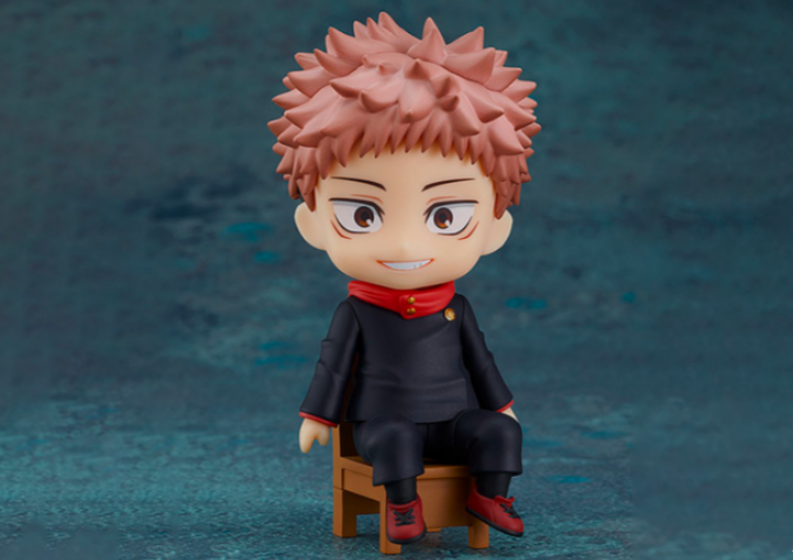 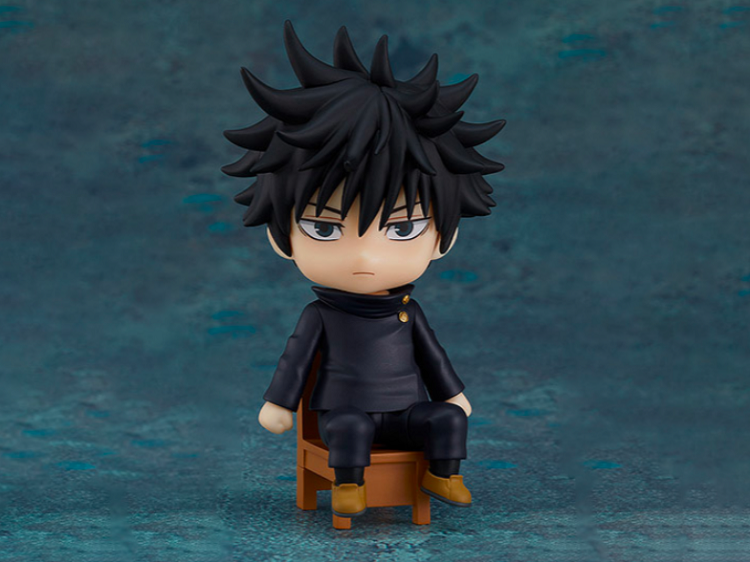 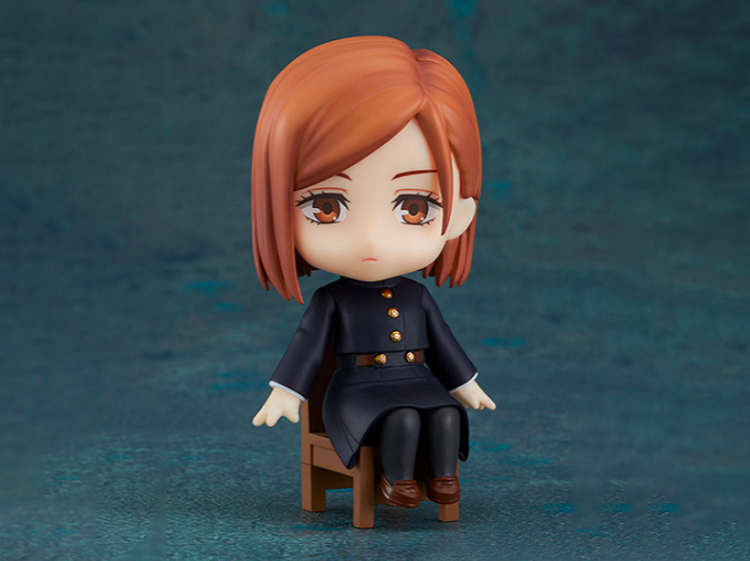 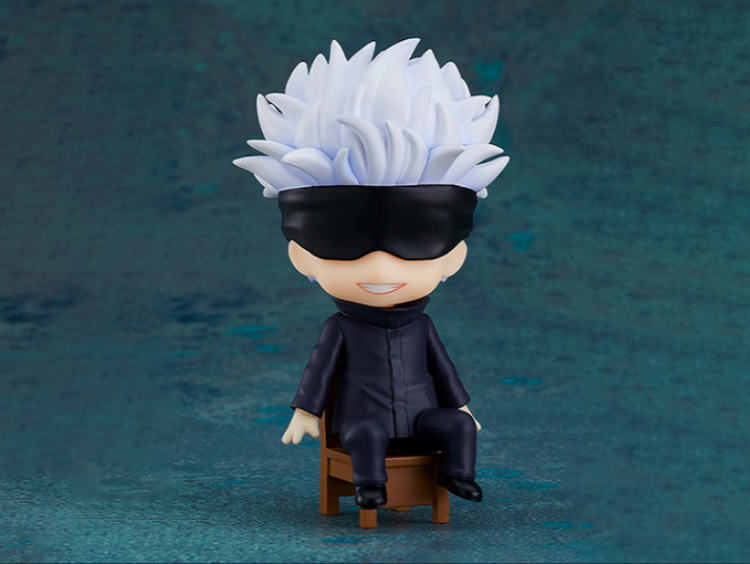 Due to the success of Jujutsu Kaisen’s movie and anime TV series, you can pretty much expect that countless toys of varying kinds and sizes will be flooding the toy community. For this reason, you can be more or less assured that there will be more Jujutsu Kaisen Nendoroids in the coming years.

I mean, in less than 2 years, there’s only been 1 season and 1 movie, yet there are already 11 characters that have Nendoroid versions. Clearly, the demand is present, so no toy company will want to drop the ball on the title now, right?

On that note, Good Smile Company, in particular, has recently started focusing on the major supporting characters in the series. In other words, you better start saving up a bit now as new Nendoroids will probably be announced as more seasons of the anime TV series airs.

Here are some of the possible characters that I think will have Nendoroid versions in the future:

I won’t explain why I feel they’re important cause I don’t want to spoil any details from the manga that haven’t been shown in the anime. All I can say is that the story needs them to progress.

Aside from that, there’s also a chance that certain characters will have variants, as many of them will go through drastic physical changes sometime in the story. At this point, all you and I can really do is wait and see what Good Smile Company will do.

Question: How Many Nendoroids Will There Be Of Jujutsu Kaisen?

Answer: The final number of Jujutsu Kaisen Nendoroids can’t be determined right now since Good Smile Company hasn’t revealed any news. As of writing, 11 characters from the anime TV series and movie have been made into a Nendoroid.

Answer: Since there are still plenty of Jujutsu Kaisen Nendoroids available at retail stores, the Nendoroids are reasonably priced. However, once 1-2 years have gone without new rereleases, you can expect the prices to increase.

Question: Why Doesn’t This Specific Jujutsu Kaisen Character Have A Nendoroid?

Answer: Good Smile Company doesn’t publicly disclose the basis for choosing which movie, game, or anime characters will be turned into a Nendoroid. However, they do follow a pattern. They typically focus on popular characters in Japan, regardless of the demand of international fans.
For example, the Chainsaw Man anime hasn’t been aired yet. But GSC released the Denji and Power Nendoroids based on it cause the title is one of the best-selling manga in Japan.
Chainsaw Man was written by Fujimoto Tatsuki from 2018 to 2020, and it was only made available in English in late 2020.

Since Jujutsu Kaisen Nendoroids haven’t been released in the market for that long, they are relatively easy to find. Meaning now is as good as ever to go after them if you want to begin your collection. Plus, they’re affordable, so you’ll just be paying a little over their SRP.

But even if you don’t want to purchase them all, I’d recommend that you at least buy the characters you want while they’re still inexpensive. Cause I can say that some characters will be harder to find after a year or two. For instance, the Gojo Jujutsu Kaisen 0 version is unlikely to get a second release cause the ‘young Gojo’ doesn’t appear in the series anymore.

My best tip when it comes to Nendoroids is to choose the ones that you genuinely like and don’t follow the hype. Use this guide to pick out characters you are somewhat sure you won’t be selling a few months later.