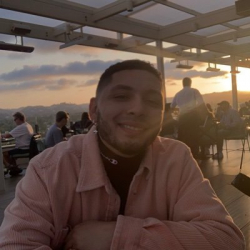 Daniel Medina
Daniel is an avid contributor for V4M that enjoys spending his days watching the latest anime. Anything from Trigger is always a plus but he'll give anything the three-episode test. He also enjoys having intense game nights with his friends. Their rotation usually includes Pandemic Season 0, Mage Knight, Flux, and sometimes the good old tabletop RPG adventure. You can find him on Twitch @ Retromorii!

The world of Naruto revolves around towering Tailed Beasts and Shinobi that can destroy entire villages. So when you are presented with these enormous powers, you begin to think that everyone in the series is beyond regular human standards. But you’d be surprised at just how tall these characters are.

For someone that is trying to learn more about the series and the actual characters, understanding their physical appearance is very important. It allows you to build an image of them in your mind and compare them to scenarios in your actual life.

Here we’ll take a look at Naruto Uzumaki and just how tall he really is. This will help you paint a better picture of him, and hey, maybe you both have more in common than you think!

Naruto Uzumaki is the main protagonist of the Naruto series written by Masashi Kishimoto. Naruto is one of the most popular series to ever run in the Shonen Jump Magazine. It has produced a successful anime, merchandise, and even a sequel titled Boruto: Naruto Next Generations. In Naruto, Naruto Uzumaki strives to become Hokage and create lifetime bonds with the Shinobi around him.

But along the way, he met Iruka-Sensei, who saw the good in Naruto and that he was just a normal boy with big dreams and a big heart. Iruka-Sensei showed him that there are people out there who care about him, which really helped Naruto grow compassionate and seek out other bonds.

Thus began the story of Naruto Uzumaki and his journey to becoming Hokage.

Who are Naruto’s Parents?

One of the contributing factors to Naruto’s height is his parents. This is a spoiler for the main story, so if you have yet to read the manga, then I would suggest you skip this part.

Naruto’s parents are Minato Namikaze and Kushina Uzumaki. He has his mother’s surname because the Third Hokage wanted to avoid bringing too much attention to Naruto since he is the son of the Fourth Hokage, Minato. Naruto gets his height from his mother.

Minato was a towering 179.2 CM, while Kushina was slightly shorted at 165 cm. So Naruto is just a tight bit taller than his mother, but not quite near his father’s height.

Minato Namikaze was the Fourth Hokage of the Hidden Leaf Village. He was known as Konoha’s Yellow Flash due to being one of the quickest Shinobi alive. He led a team of Kakashi, Obito, and Rin. He was beloved by his village.

Kushina Uzumaki lived her early life surrounded by a war-torn clan. Eventually, she would move to Konoha as a new student of the Academy. At one point, she was captured by a rival clan due to being the Jinchuriki of the Nine-Tailed Beast. Minato noticed she had disappeared and was able to follow strands of her that she had left behind. He rescued her, and from that moment on, they were a couple.

Minato realized that Kushina would not make it out alive, so he decided to seal the Nine-Tailed Beast in his own son. A decision that would affect Naruto for the rest of his life. In a tearful moment, Minato and Kushina give their life to protect Naruto and the village at the same time. But they also leave Naruto as a Jinchuriki, something that brings great pain since people fear you.

Minato was also able to implant part of his and Kushina’s chakra into the seal. Meaning that despite their deaths, they’d be able to share one last moment with Naruto in the future. It is clear that Naruto inherits his father’s will to help others and his mother’s compassion.

Where Does Naruto Get His Height?

Naruto could get his height from two different things. It could possibly be from his parents since he is a little taller than his mother but shorter than his father.

Another factor could be the chakra of the Nine-Tailed Beast that is within him. This chakra has been known to give him more strength, so it is very possible that it could improve Naruto’s physical appearance as well. He definitely does not get it from his diet. Naruto is known to live off instant-cup noodles and ramen.

When we get glimpses of his mom, it is always filled with instant-cup noodles, and his favorite spot to eat is Ichiraku Ramen.

Here we will take a look at the different heights of characters in Naruto, more specifically, the tallest characters.

Jiraya-Sensei always towered above Naruto Uzumaki, so it’s no surprise that he is one of the tallest characters in Naruto. But this does make me wonder if this includes the height of his hair because that would add a few inches in itself.

Anytime Naruto and Sasuke stood by Kakashi, it was clear that they were a few inches shorter.

Itachi Uchiha being taller than Sasuke Uchiha might just be adding insult to injury since it seems that Sasuke was always chasing behind his older brother even after Itachi’s death.

It seems that the Hidden Leaf Village saw some sort of growth spurt with Minato’s generation because Orochimaru and Jiraya are two of the tallest characters in Naruto. And there is no one from Naruto and Sasuke’s generation on this list.

Naruto Uzumaki did not get his height from his father since the Fourth Hokage makes the list of tallest characters in Naruto, but Naruto himself does not.

Madara Uchiha steps in for the older generation in the list of the tallest characters in Naruto. But it brings into question if Kishimoto does consider hair a factor since almost everyone on this list has pretty large hairstyles.

Despite us not seeing Nagato standing, it is apparent that if he were to stand up, he would have been taller than Naruto. He has long legs, but unfortunately, he poured himself into the Akatsuki, which ripped him away from his normal life.

Question: Is Sasuke taller than Naruto?

Answer: No, Sasuke is actually the same height as Naruto at 5’6″ (167.6). Kishimoto probably kept them the same height since they are both rivals, and the parallels throughout the series are meant to see them as brothers of destiny.

Question: Who is the tallest member of Team 7?

Question: Does chakra affect the height of characters in Naruto?

Answer: No, chakra does not affect the height of most characters in Naruto. Usually, it is hereditary. If chakra did affect height, then Naruto and Sasuke should be two of the tallest characters since they both have two of the largest pool of chakra in the manga. Rin also wasn’t very tall despite having the chakra of the Three-Tailed Beast within her.

Answer: Naruto looks to be of average height in the Naruto universe when compared to other characters.

Question: Can characters in Naruto change their height?

Answer: Yes, there are some characters that can alter their physical size in Naruto. Orochimaru can stretch, and Choji Akimichi can use his chakra to turn into a literal giant. This is an ability that Choji’s clan has passed down through the ages.

How Tall Is Naruto: Final Thoughts

Naruto Uzumaki isn’t the tallest character, but in the Naruto series, this doesn’t really mean much since he is still considered the most powerful Shinobi in the Hidden Leaf Village. But it is neat to know how tall Naruto is since it’s a very reasonable height that many fans of the series can see out in the real world plenty of times.

But it is surprising because most of the time, the main character towers above everyone else. But considering Jiraya is the tallest character at 6’3″, it appears that tall characters aren’t too common in the world of Naruto. Maybe having a smaller stature makes it easier for characters to manipulate the chakra within their body.

Whatever the reason, it’s always nice to find relatable facts about your favorite manga characters!